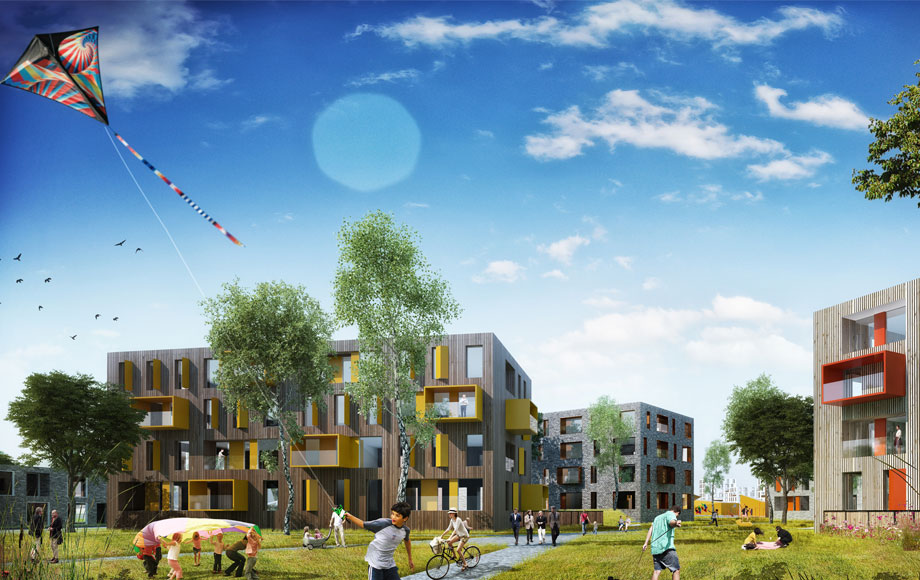 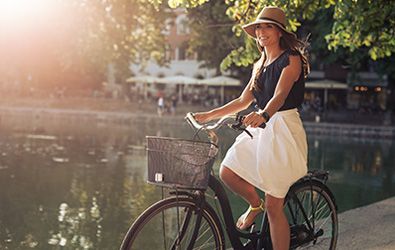 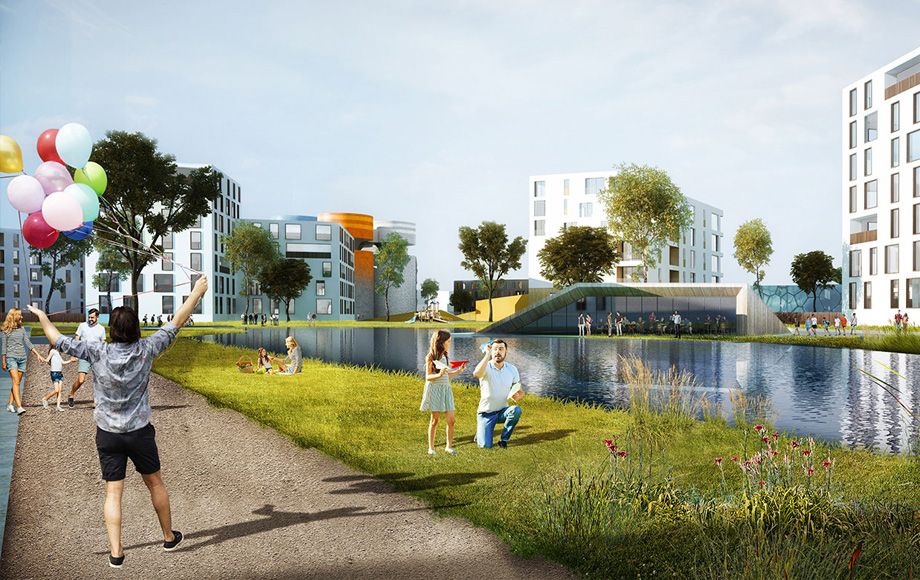 THE POWER OF COMMON RELATIONS 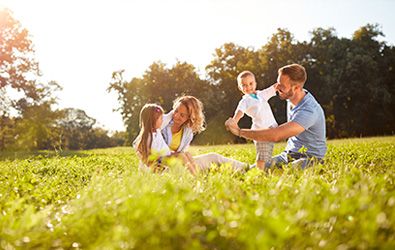 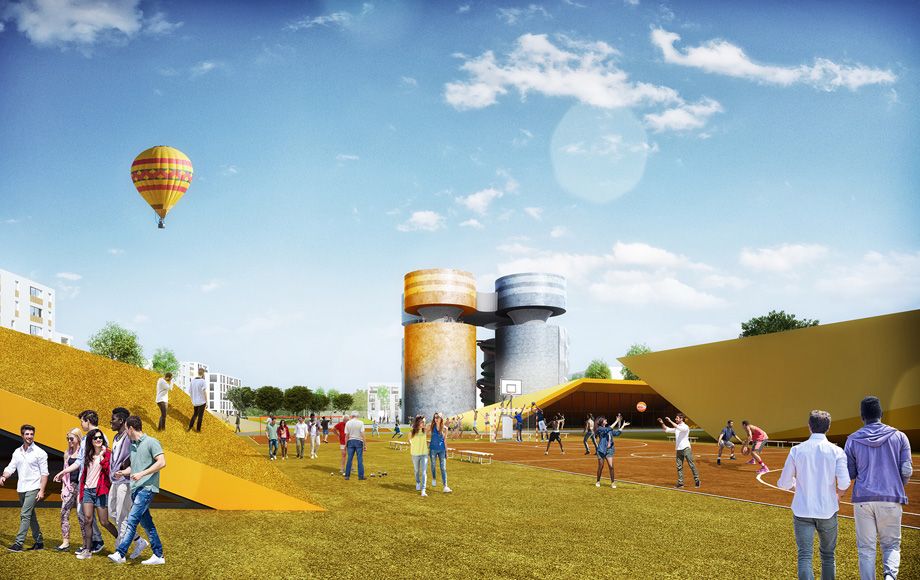 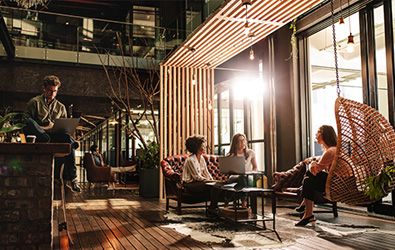 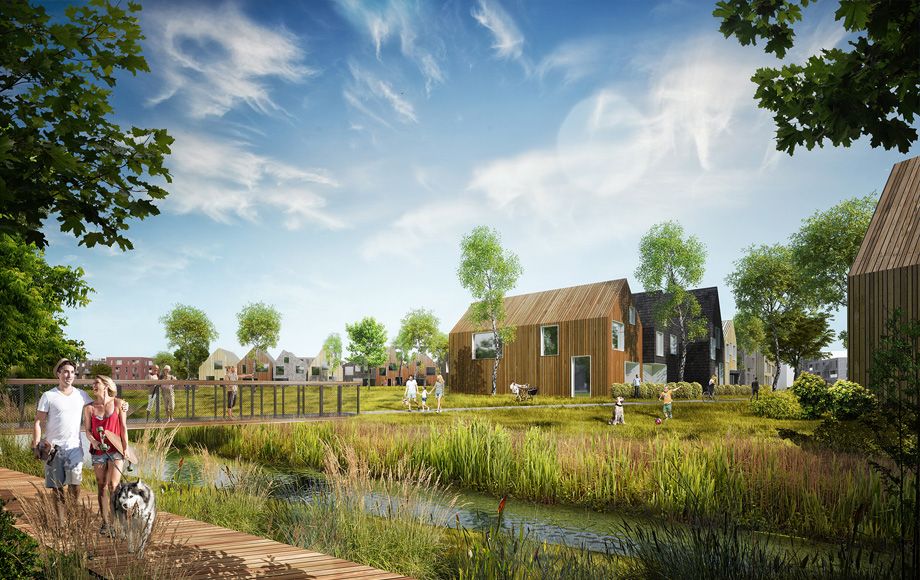 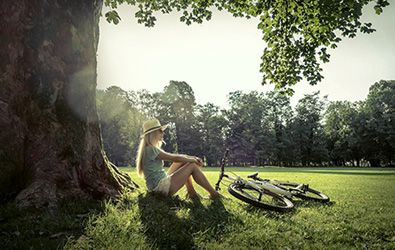 We believe that the right decisions made today will bear fruit in the future. When designing SILO, we took into account both the needs of modern city residents and the progressing climate change. That is why we create a place where modern architecture has been designed with respect for the principles of ecology and care for the natural environment. Almost half of the 20 ha of the investment area will be biologically active, and the technologies used will improve the climate and reduce the operating costs of the SILO infrastructure. The concept of the 360° estate assumes the availability of all necessary services and amenities in the immediate vicinity. Comfort of use, modern architecture and care for the environment is what SILO is. Environment. Infrastructure. People. Estate.

Designed with the needs of all city residents in mind, a multi-generation district is a guarantee of a diverse range of services. Easy access to rehabilitation and care and medical facilities will improve everyday functioning and reduce the need for troublesome journeys. The revitalized district will create jobs in the trade and services sector. In the vicinity there will also be an extensive green recreation area, a sports centre, playgrounds, a library with a media library, an open studio and many other amenities. Single seniors can count on professional support and company of their peers. Multigenerational families will eventually have a place to meet their needs.

The design of the new district assumes the creation of modern buildings, the architecture of which is to be attractive to residents and adapted to the character of the place. Glass, brick, wood and light-colored mineral plaster will appear in the design inspired by the Scandinavian style. Details of shutters, balconies and blinds will introduce colorful accents. Simple forms, geometrically carved elevations, and irregular window divisions will give the buildings dynamism and elegance. High-quality natural materials will appear in terraced houses. Future buyers will have a choice of what materials, available from the range of proposed solutions, they want to use. Thanks to this, the houses will not be the same, and yet they will be kept in a consistent style.

The project was divided into stages. The first involves the construction of a communication system and gradual development of green areas. The developer focuses on ecology, the SILO project was the first in Central Europe to obtain the BREEAM Communities certificate, because the SILO urban project was distinguished by the use of ecological technologies influencing the future functioning of the district. SILO is primarily clean, emission-free energy derived from photovoltaic sources and the combustion of biomass generated from sewage produced by residents. Buildings will generate as much energy as residents consume. In addition, windows equipped with triple glazing and special blinds were conceived. Moreover, a special ventilation system, and a much thicker than standard layer of insulation.

A LOCATION DIFFERENT THAN OTHERS 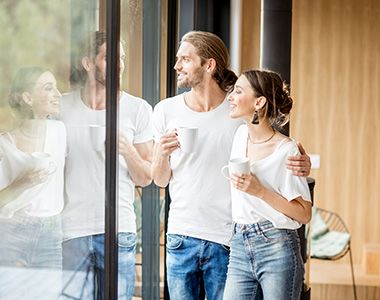 Centrally located in the triangle of Jana III Sobieskiego, Bukowska streets and the E30 railway line, the investment area is adjacent to forests to the west and north and Gródek Park to the south. Within a radius of 2 km, there are the Sosina Lagoon, the Diving Centre and plots provided for in the Study of the conditions and directions of spatial development of the City of Jaworzno for a golf course. 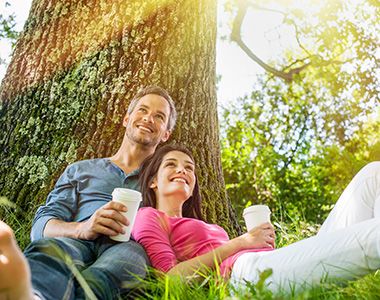 ECOLOGICAL DISTRICT FOR THE 21ST CENTURY

The project will be implemented on the site of the former Szczakowa Cement Plant in Jaworzno, with an area of 20 ha, almost half of which will remain biologically active and green. In the remaining part around 2,800 apartments for 4,700 residents will be built. According to the provisions of the Local Revitalization Program, the housing needs of this area are at least 5000 thousand apartments, which should be built by 2030. SILO is the answer to this challenge. 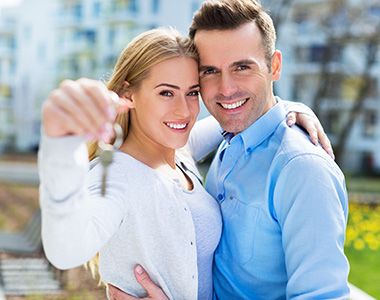 Along the Łużnik stream with a pond and backwaters, a green axis of the estate will be created, designed as the Łużnik River Park, which is to penetrate the buildings deep into the district. Green recreational paths and retention reservoirs in the form of ponds and fountains will be created between the buildings, which together with the greenery will create a natural air filter, absorbing volatile poisonous compounds, and in summer, additionally increasing air humidity. 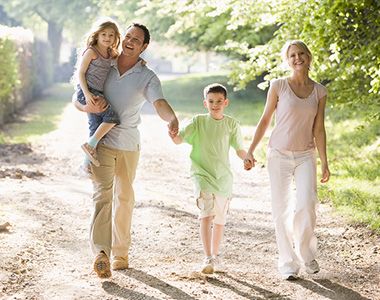 SILO – GREEN ENERGY OF THE CITY

The lungs of the revitalized district will be the Łużnik River Park located in the north-western part of the investment area, at the border with the forest. When designing the park, the architects used their Scandinavian experience. There are educational paths with a forest maze, a rope park, an open-air gym, a picnic area and small architecture made of natural materials - amphitheater seats, platforms and original outdoor games equipment. There will also be small gastronomy facilities. 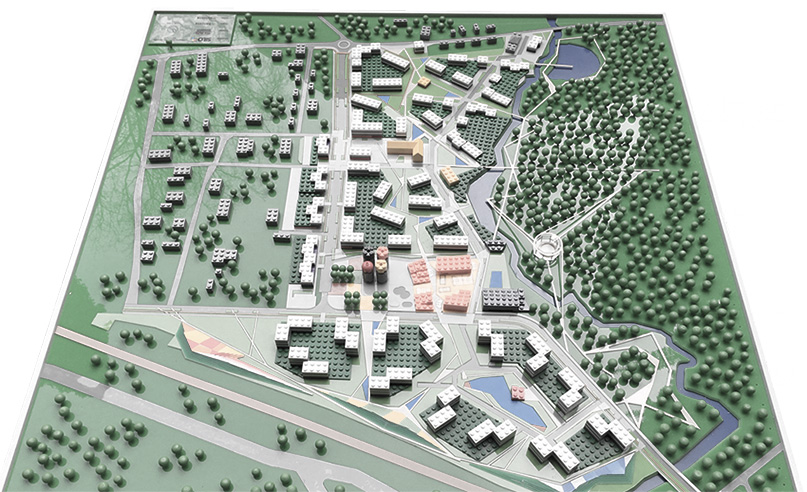 We want not only the inhabitants of the district, but the entire Jaworzno and its vicinity, to feel that the SILO space belongs to them. We put into use open green areas with sports infrastructure, areas dedicated to active recreation and entertainment. We believe in the rightness of the popular saying "a sound mind in a sound body", while hoping that the sports and entertainment zone we have designed will become a pretext for building lasting and friendly neighbourly relations.

The SILO project creates a friendly space for all educational and cultural initiatives. We focus on conscious and demanding users, their creativity, knowledge, ambitions, not forgetting the needs of the current residents. That is why, in the estate, such spaces as a library with a media library, an ecological centre or an open studio New Workshops referring to the historical building have been planned.

When designing the SILO district, we planned interesting and modern relaxation spaces. You will be able to spend your free time together in a picnic center, cafe or among charming green squares. We are also planning to launch a housing estate club that will activate the local community. We believe that in a sustainable, comfortable space, it will be possible to establish more than one thread of understanding and new acquaintance.

SILO is a district that is not only to meet the high requirements of eco-construction, but also to provide residents with access to all basic services, such as kindergartens, nurseries, pharmacies, medical and rehabilitation centers, shops and banks. We know how valuable your time is, so we want to provide you with what you need as close to your home as possible. 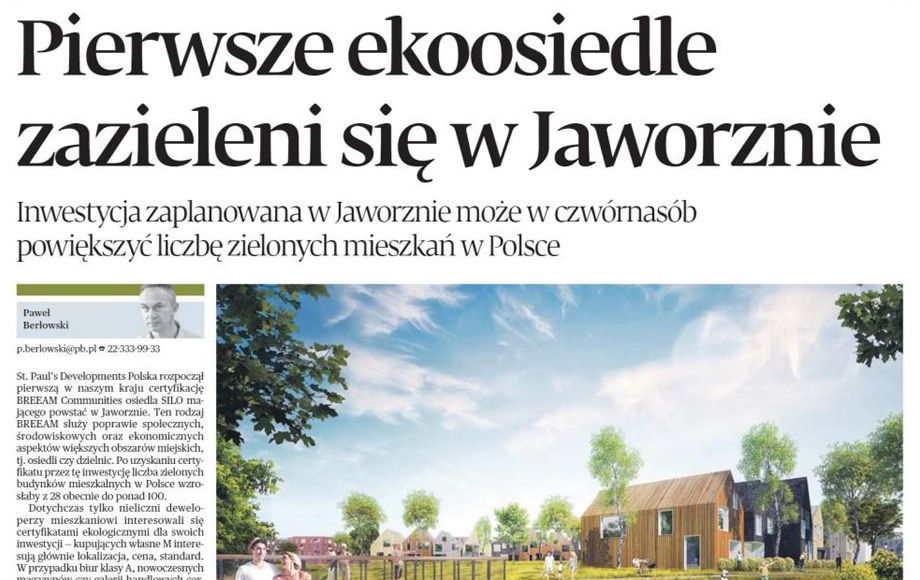 Puls Biznesu: The first eco estate will green up in Jaworzno 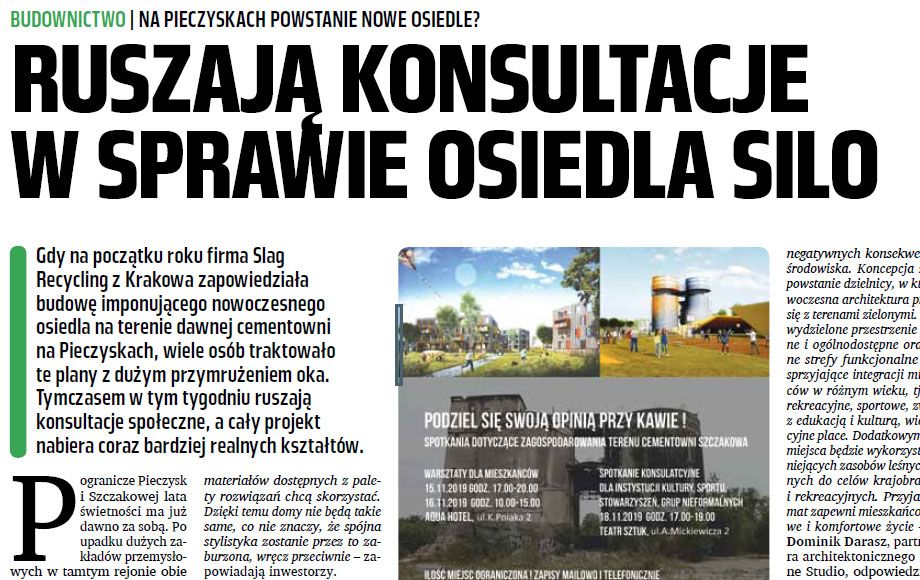 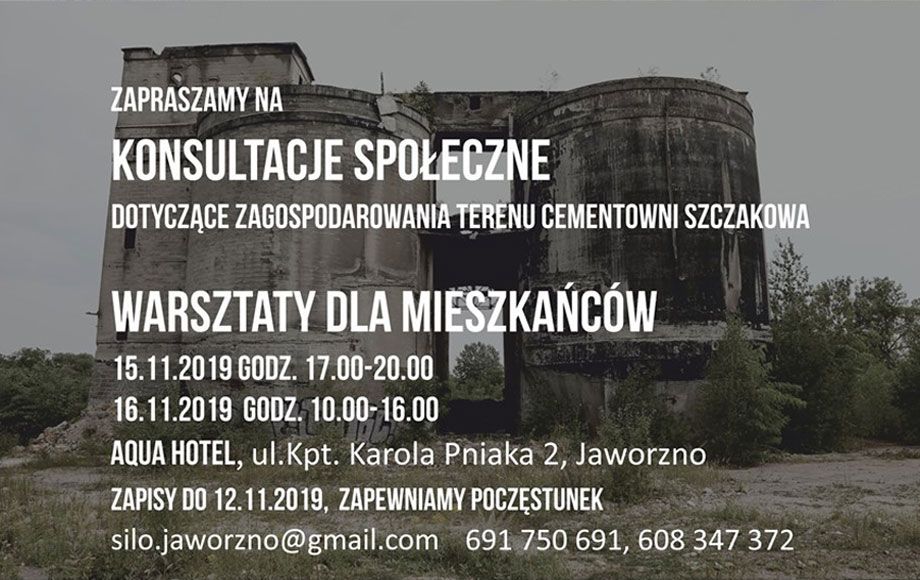 jaworzno.pl: A new residential estate will be built, there will be public consultation 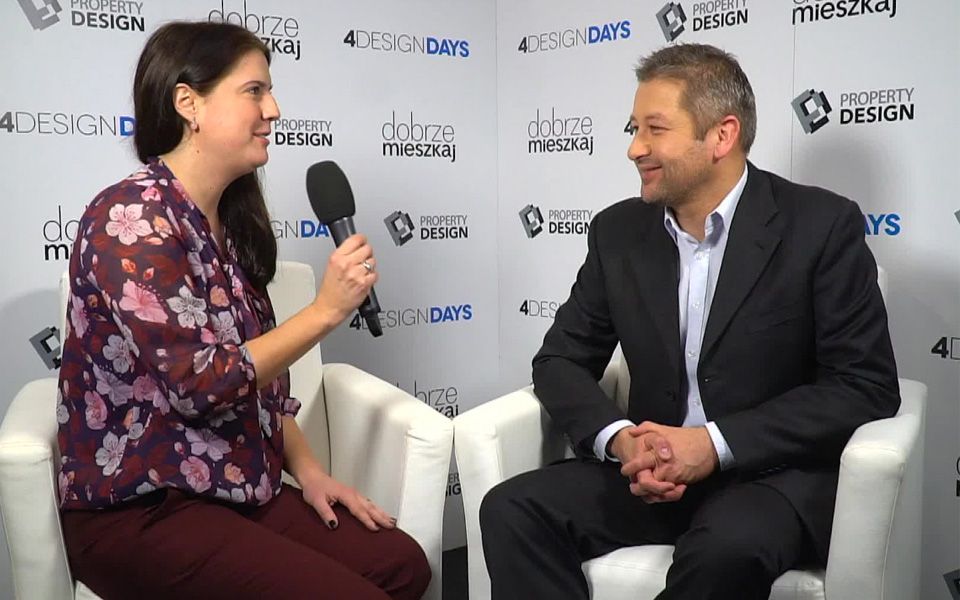 Property Design: It will be the first green district in a Polish city! 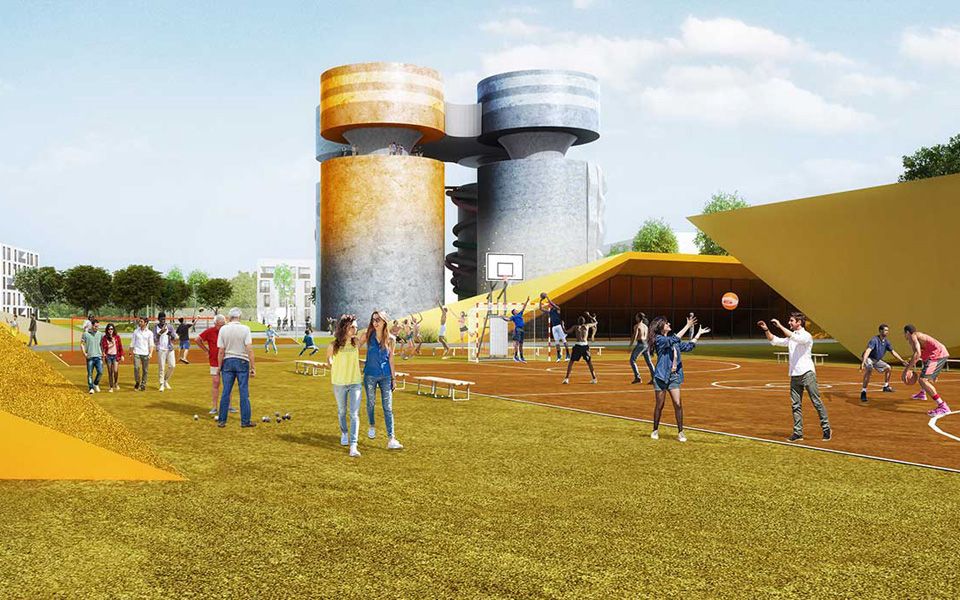 Eurobuild: On the way to SILO 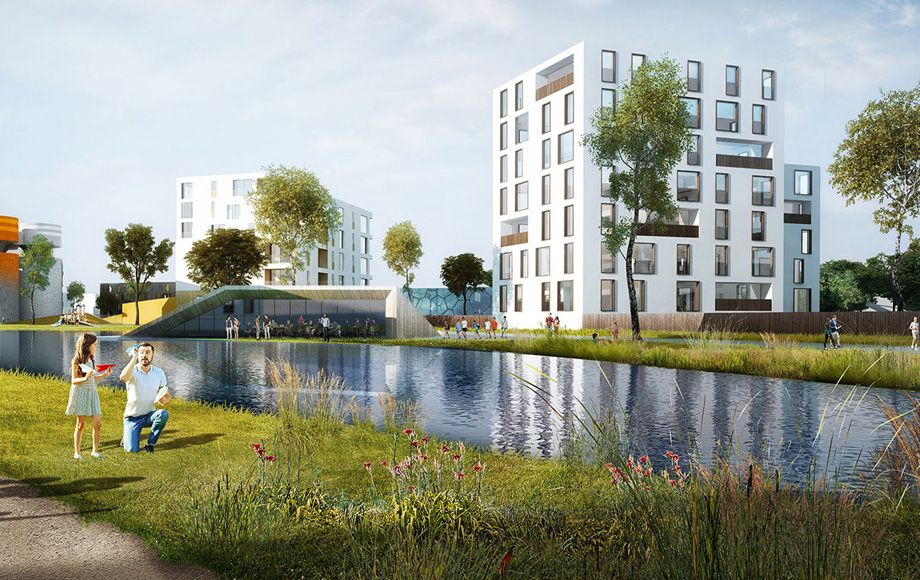 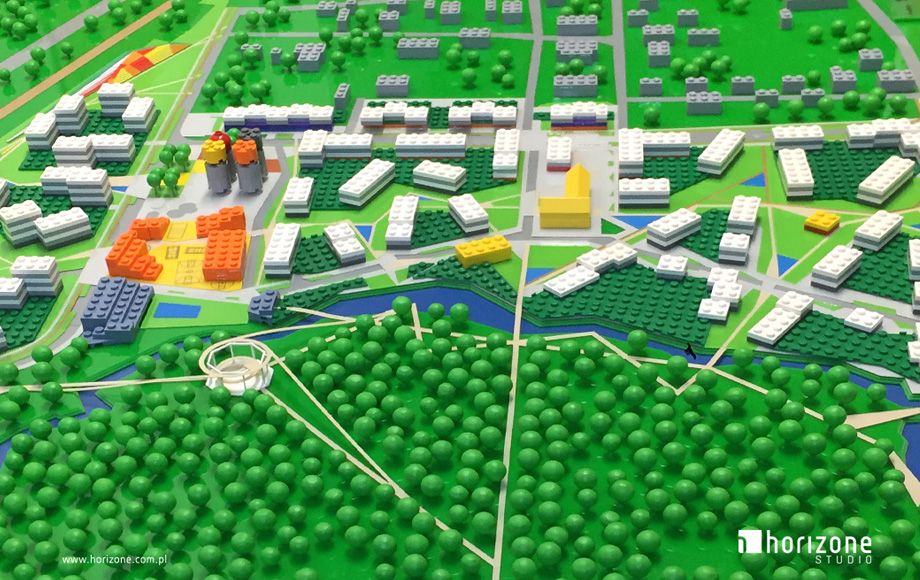 St. Pauls Developments is a company operating on the British market for over thirty years. It is known for undertaking difficult and ambitious projects, such as the development of the former Cortonwood coal mine in Rotherham or the construction of office and industrial premises in the former coal mine in Brookfields. The newly created facilities attract investors, thus increasing the level of employment in the region.

St. Pauls Developments is known in Poland for the revitalization of the 19th-century fire station carried out in cooperation with Armada Business Park. This project won an award in the "Modernization of the Year 2000" competition. In 2009, the first A-class office building in Łódź, Textorial Park, was commissioned, awarded with the "Most important investment of 2008" award. 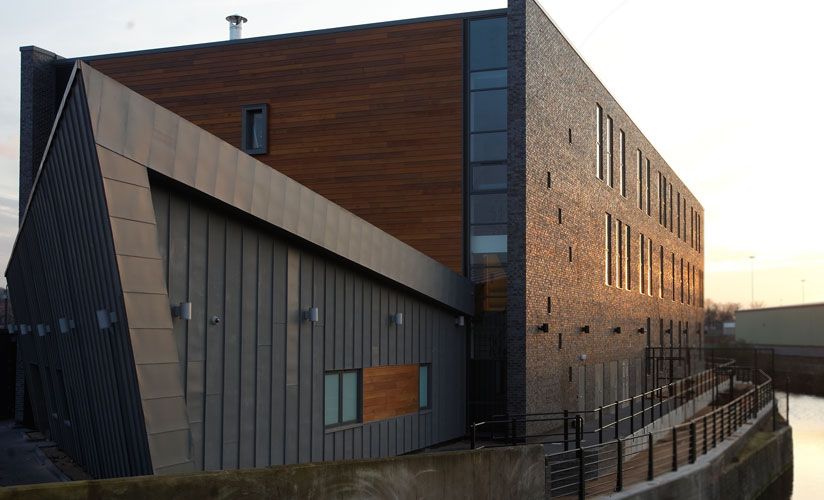 We use the potential of places,
where our investments are created 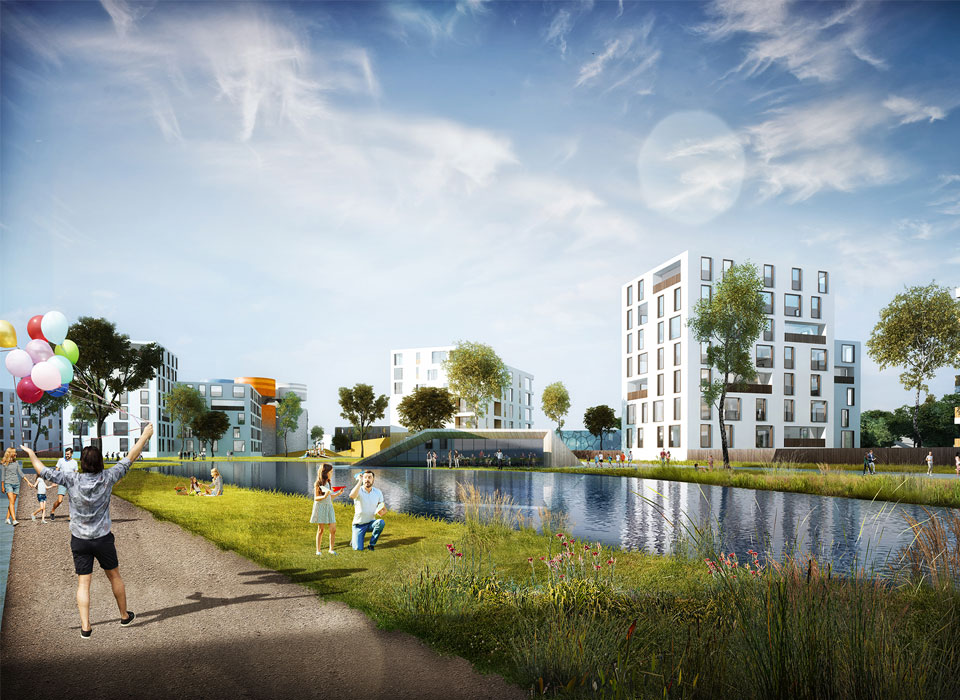